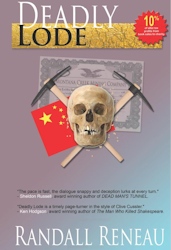 The 2012 Richard Boes Memorial Award goes to Randall Reneau for his book  Deadly Lode ISBN 978-147913179-2).  The award is a $200 cash prize for best debut book by a veteran (fiction or memoir) and is sponsored by Modern History Press. An excerpt from Renau’s book will appear in an upcoming issue of Recovering The Self: A Journal of Hope and Healing. The contest is administered by Reader Views Inc., which includes a general book award contest as well. 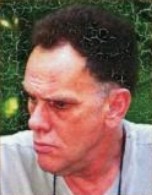 Richard Boes enlisted into the US Army and served in Vietnam in 1969 – 1970 with the First Air Cav. He is the author of two books, The Last Dead Soldier Left Alive (2007) a firsthand inquiry into why thousands of Vietnam veterans have committed suicide and Last Train Out (2008). Right up to his death Richard was writing a third, In the Valley of Dry Bones. He passed away on Feb 21st, 2009 at the VA Hospital in Albany, NY.

Past winners of the Richard Boes Memorial Award

Author of "Beyond Trauma: Conversations on Traumatic Incident Reduction" and six other books.
View all posts by Victor Volkman →
This entry was posted in Book Contests. Bookmark the permalink.