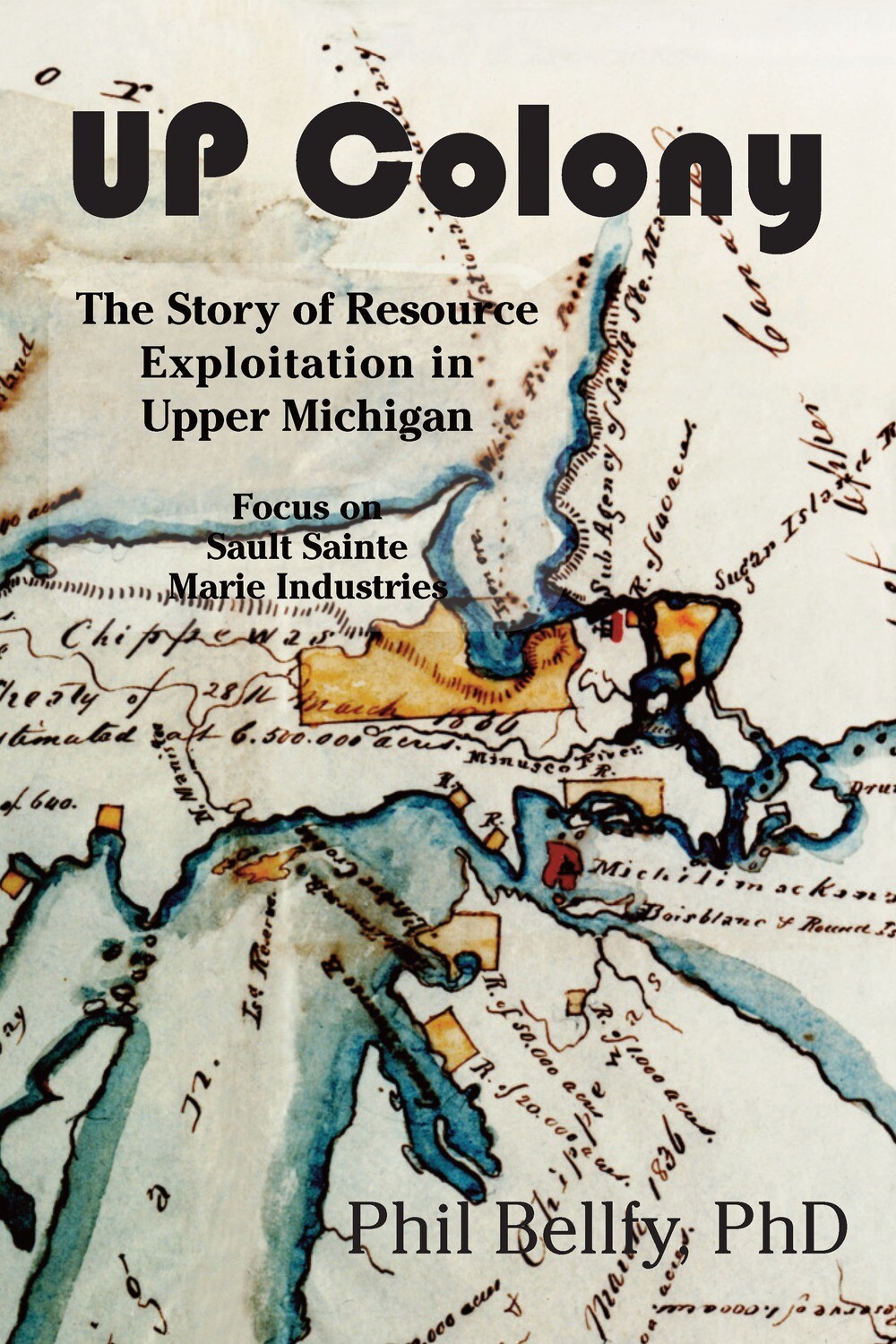 In the 1980s, Phil Bellfy pondered the question: Why does Sault,Ontario, appear to be so prosperous, while the "Sault" on the American side has fallen into such a deplorable state? Could the answer be that the "American side" was little more than a "resource colony"-or to use the academic jargon of "Conflict and Change" Sociology-an "Internal Colony." In UP Colony, Bellfy revisits his graduate research to update us the state of the Sault.

To get to the bottom of these thorny questions, Bellfy looks at the possible economic pressures imposed by "external colonial powers." The pressure-points examined in this book include presence of a complimentary economy, lopsided investment in one sector, monopoly style management, disparity of living standards, a repressive conflict-resolution system, and the progressive growth of inequality over time.

In UP Colony, Dr. Bellfy has revisited his MA Thesis and brought this analysis up-to-date in conjunction with the Sault's Semisepticentennial-the 350th anniversary of its French founding in 1668.