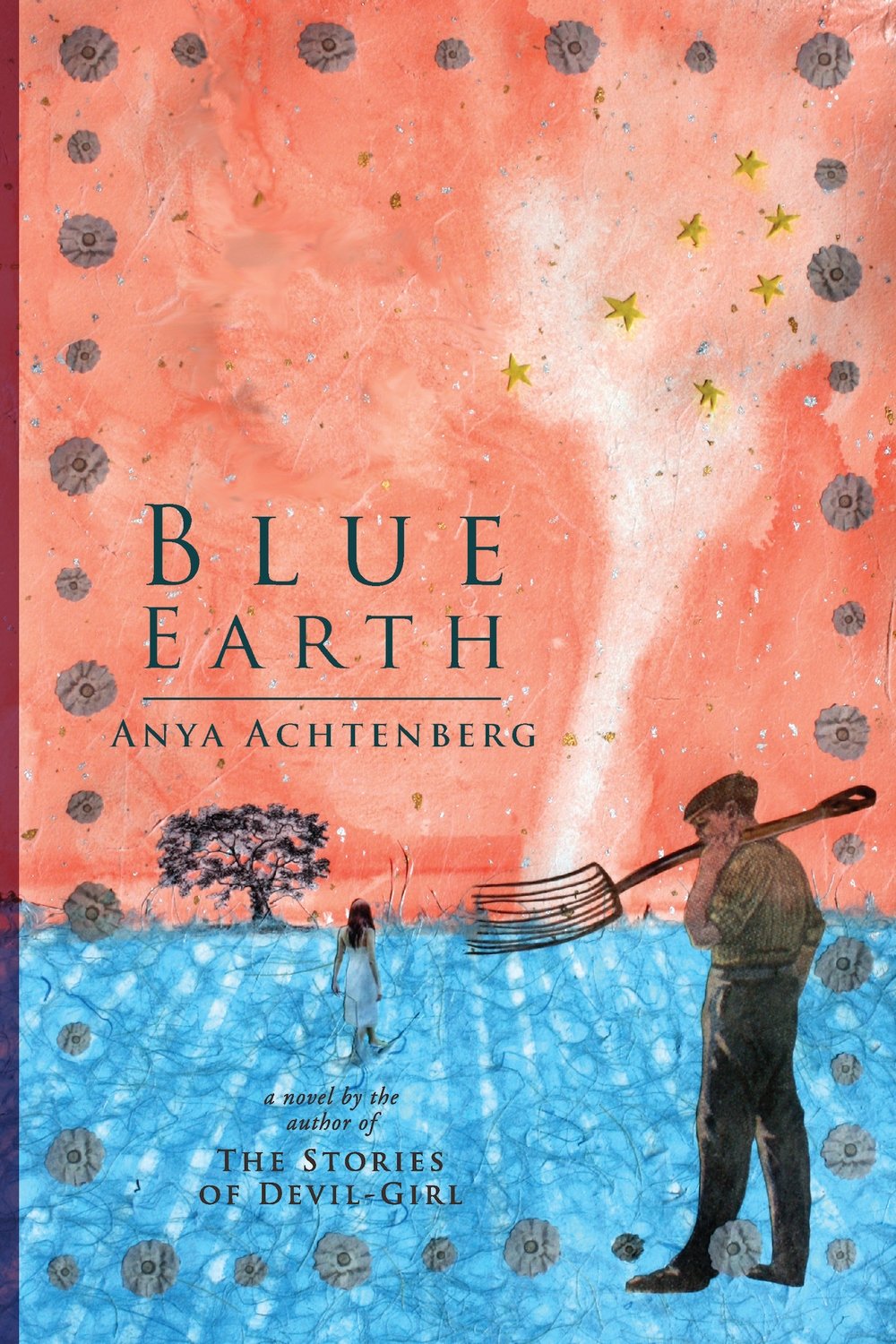 Blue Earth is a compelling novel of Minnesota, a land that guards its secrets. Carver Heinz loses both farm and family in the farm crisis of the 1980s. Displaced into urban Minneapolis, he becomes obsessed with Angie, a beautiful child he rescues from a tornado in an encounter he insists they keep silent.

Her close friendship with a Dakota Indian boy fuels Carver’s rage and unleashes a series of events that reveal the haunting power of each character's past and of their shared histories, especially the 1862 Dakota Conflict and public hanging of 38 Dakota--the largest mass execution in U.S. history.

"We... see our own lives reflected in Blue Earth's dark mirror, even as we learn a tragic history kept from us by those who would forever erase our origins... This is a brilliant novel by one of our truly intuitive and accomplished writers"
--Margaret Randall, author of Ruins

"Achtenberg's passionate, brilliantly crafted language, combined with her profound ethical imagination, makes Blue Earth one of the most important books to appear at this moment in our history."
--Demetria Martinez, author of Mother Tongue

"Achtenberg creates morally complex and culturally diverse characters whose lives are affected by loss, poverty, disease, and war, but whose ultimately redemptive encounters with one another take Blue Earth far beyond its Midwester setting."
--Martha Collins, author of Blue Front

"In the great tradition of Willa Cather and Wallace Stegner, Anya Achtenberg writes of the violence, past and present, that shapes the people of the vast American Midwest. Deep and searing, Blue Earth is perhaps one of the best novels of the past decade."
--Kathleen Spivack, author of With Robert Lowell and His Circle

From the Reflections of History Series