Getting Your Book into Campus Libraries and More!

A long time ago, so long ago that authors and others in the publishing industry didn’t use the words independent publishing or self-publishing, in fact didn’t know such things were possible but used a belittling term for something similar advertised in one-inch ads in cheap and fringe pulp magazines, I was a journalist for a Pulitzer Prize-winning newspaper that finally discontinued its print edition in these days of disease, political extremism, and the demise of ethical journalism. I loved it. I loved the clatter of the Associated Press teletype, the smell of printer’s ink in the back shop, the variety of stories I was assigned to, and some of the duties I took on out of curiosity, like making the stories for our “society page” fit the space left to us after the paid advertising (you know, that stuff that paid the bills for a huge percentage of publishing entities like magazines) had been blocked into the layout of each day’s paper. One of the daily stories I worked with was Ann Landers’ question and answer columns. If we were short on space, it was my job to cut the questions in answers while leaving enough for readers to make sense of them. That format is still so popular more than 50 years later my beloved LA Times still publishes a syndicated column like that called “Ask Amy.” And I still use that format for my newsletter and columns because it assures me that I am writing about things that authors need to know. This is a version of one of those columns that tells authors exactly how to get their books into the college environment by using a few great marketing skills (like query letters) and lots of and what Elizabeth Warren has made famous, persistence.

I have a question regarding university bookstores. I know that Random House had my book in their catalog targeting educational sellers. Is there more than that I can do? How would I :

Best,
Traditionally Published Author Who Has Found I Must Help Market My Book

I’m going to use my husband’s experience with his What Foreigners Need to Know About America from A to Z as an example because he was so successful with a process I recommend in the third edition of my The Frugal Book Promoter (Modern History Press). The difference between the way I present it there and here, is this is more specific to a genre, theme, book. And so it includes a lesson in relearning—rediscovering if you will—your own book to find ways to present its essential benefits to whatever group you are targeting. 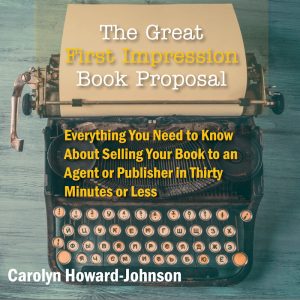 I plan on using the method I advocate so often with the release of my book The Great First Impression Book Proposal from Modern History Press. You may wonder why colleges would be interested in a title aimed at authors. And that leads me to one of the most difficult parts of this promotion. You must rethink your book in terms of what universities offer—meaning the departments existing under their college or university umbrella. In this case perhaps an MFA degree (Master of Fine Arts), or an extension writers’ department.

Using his wife’s book named above (ahem!), Lance put together a form letter (which he tweaks depending on who he is sending it to). He goes online and finds areas on campus that could use his book. He also tried to find specific people in charge of acquisitions of entire departments if he can. This is more or less what he came up with some of which he hadn’t thought of as an audience for his book. They include: 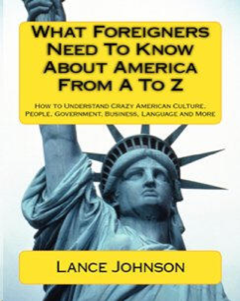 He spends about 30 minutes a day sending the letter to the correct person when possible. Sometimes that’s only one contact. Some days, when research goes well, it’s three or four.  He’s had some amazing successes like having his book chosen as gifts/recommendations by the university that hosts the Fulbright Scholars in the US each summer. There is a cost to this process beyond time. He offers a free book to those influencers who show an interest. Notice I didn’t say he sent it along with a query without a specific request from his contact to take him up on his offer, though that could be a great tactic for authors or publishers with liberal budgets or those with paper copies that cost little to produce. I say that because sometimes a “hit” on a query most often doesn’t result in multiple book sales, either. The top sale we could trace to his letters (it’s sometimes easier for self-published authors to trace sales to a specific effort) was fifty-nine copies.

Be aware, that if you find an instructor who recommends your book or uses is at class reading, the bookstore often stocks the book automatically. But not always. It doesn’t hurt to mention in separate queries or phone calls to the bookstore events director and book buyer that your book was ordered for a specific class or that Professor X showed an interest in your book.

I mentioned it before, but it’s worth mentioning again. Lance keeps at it.  About an hour a day for months…and now years.

Here’s an alternative that isn’t as frugal and not as effective because the contact is not personal (but it’s a lot less time-consuming!):

IBPA (Independent Book Publishers Association) had a catalog that they send out to libraries, a separate one to university libraries, and one to reviewers.  I’ve used that program. It can be good…or not. Depending on the title. 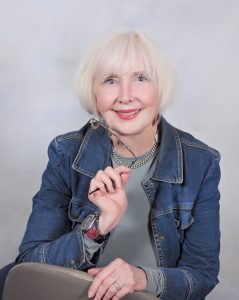 Carolyn Howard-Johnson brings her experience as a publicist, journalist, marketer, and retailer to the advice she gives in her HowToDoItFrugally series of books for writers and the many classes she taught for nearly a decade as instructor for UCLA Extension’s world-renown Writers’ Program. All her books for writers are multi-award winners including the first edition of The Frugal Book Promoter published in 2003. Her The Frugal Editor, now in its second edition, won awards from USA Book News, Readers’ Views Literary Award, the marketing award from Next Generation Indie Books, and others including the coveted Irwin award.

Howard-Johnson is the recipient of the California Legislature’s Woman of the Year in Arts and Entertainment Award, and her community’s Character and Ethics award for her work promoting tolerance with her writing. She was also named to Pasadena Weekly’s list of “Fourteen San Gabriel Valley women who make life happen” and was given her community’s Diamond Award for Achievement in the Arts.

The author loves to travel. She has visited eighty-nine countries and has studied writing at Cambridge University in the United Kingdom; Herzen University in St. Petersburg, Russia; and Charles University, Prague. She admits to carrying a pen and journal wherever she goes. Her new website is at https://howtodoitfrugally.com. Find more articles similar to this at http://sharingwithwriters.blogspot.com

This entry was posted in Marketing. Bookmark the permalink.