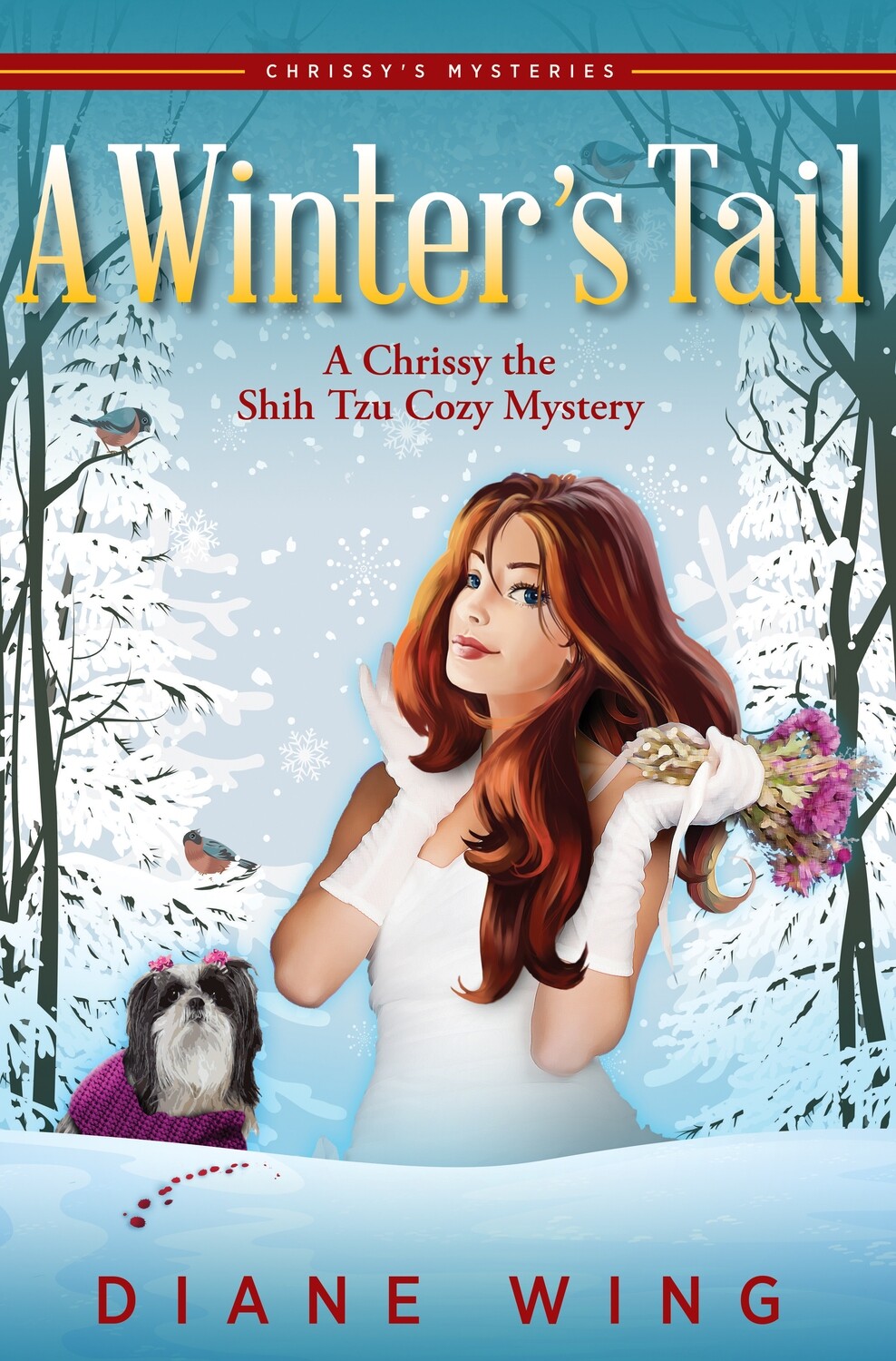 ‎ 978-1-615996-22-3
$16.95
A Chrissy the Shih Tzu Cozy Mystery
In stock
1
Product Details
UPC: ‎ 978-1-615996-22-3
Brand: Modern History Press
Binding: Paperback
Edition: 1st
Author: Diane Wing
Pages: 180
Publication Date: 01/01/2022
The Perfect Wedding..... Cursed?
In this 4 th installment of the Chrissy the Shih Tzu cozy mysteries, Autumn Clarke and Ray Reed are planning the winter wedding of the year, and the first major social event at Autumn's newly renovated Peabody Mansion Bed & Breakfast. Autumn's dreams are about to come true-a spectacular, romantic ceremony with the handsome love of her life. After their beloved Shih Tzu, Chrissy, discovers the body of a popular local psychologist in a snowdrift weeks before the wedding, a series of unexplainable setbacks begin to foil their wedding plans. Is it deliberate sabotage, or is the wedding truly cursed? Will dangerous, uninvited guests create matrimonial mayhem and ruin their special day? Wing's Cozy fans can expect an exciting, romantic whodunit with an abundance of twists and turns that will keep them on the edge of their seats until the very last page is turned.

"Diane Wing throws some new and interesting characters into the storyline of A Winter's Tail, and they fit in seamlessly with the current cast of old friends. I love how the animals, Chrissy, Ace along with Mickey and others, don't just play second fiddle to the human characters. Each canine has their own identity and a necessary part of the plot. Kudos to Mrs. Wing for another great cozy afternoon read!" -Antoinette Brickhaus, Leonardtown, MD

"Treat yourself to A Winter's Tail-the gripping addition to Diane Wing's wildly popular Chrissy's Mysteries cozy series. Things turn dark and strange as Autumn encounters a series of bizarre and shocking events before their wedding day. Are the nuptials really cursed, or is it a vengeful foe returning for the ultimate revenge and desecration of Autumn and Ray's happily ever after? Snuggle in for this delightful treat." -Maxine Ashcraft, Oakland, CA

"This installment of the Chrissy the Shih Tzu cozy mysteries finds Chrissy's pet parent, Autumn, preparing for her wedding to Ray Reed, a local police lieutenant. Autumn's friend and cousin, Bea, is worried that Autumn and Ray's nuptials are cursed because of several setbacks to Autumn's plans. Meanwhile, Chrissy discovers a body in a snow pile and Ray is assigned to investigate the victim's death. This is the best book of the series so far! I couldn't figure out who was sabotaging Autumn and Ray's wedding until the final reveal. A fun, cute, and enjoyable read. -Terri Chalmers, Sicklerville, NJ